We received the review from our clients who traveled Kumamoto & Takachiho in this October. We are so happy to hear that. Please let me introduce that coments.

The trip to Kumamoto and the surrounding areas was an absolute delight, we enjoyed the scenery at Mt Aso and Takachiho tremendously. Everything was pure and beautiful, lunch at the 2 restaurants esp day 1 with the vegetables and beef was outstanding. We tried tapien at Hourentai too besides a nice coffee place near the hotel called Okada coffee. And the fruits at Kumamoto was outstanding.

I can’t thank you enough for making all the meticulous arrangement. It was an absolute pleasure meeting you and thank you very much for the gift.

We will certainly return to Kyushu again and will be certainly be in touch.

How nice coments is this!!! We are so pleased they will come back someday!

They stayed Kurokawa So in Kurokawa Onsen (Hot Spring) of Kumamoto.

There is an old classical sytle of bridge in Tokushima prefectrure called "Kazura
Bridge," made of vine mountain vine.

Actually it looks made of mountain vine, but the fact is that it is made of  reinforced-concrete so that people safely can cross it. 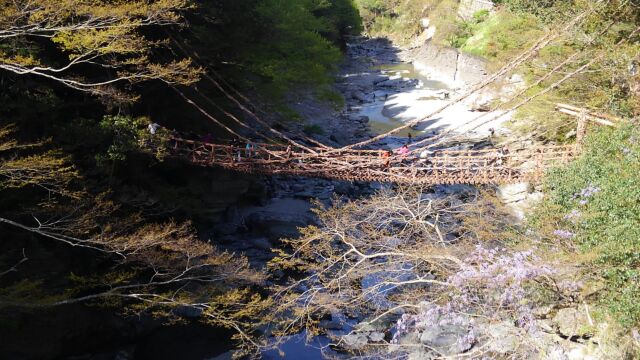 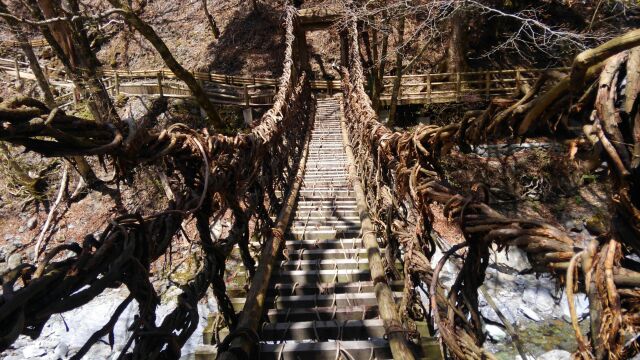 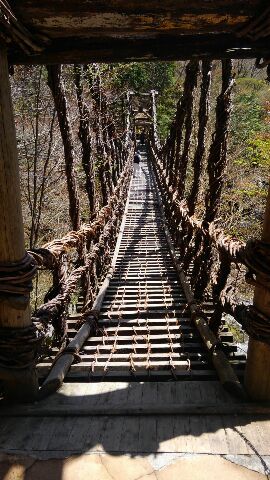 It is located in the deep area of Tokushima prefecture where is called Iya valley.

Once upon a time,  Heishi, Japanese aristocracy escaping from the enemy, came into this valley area to settle down so that  the enemy could not find them. 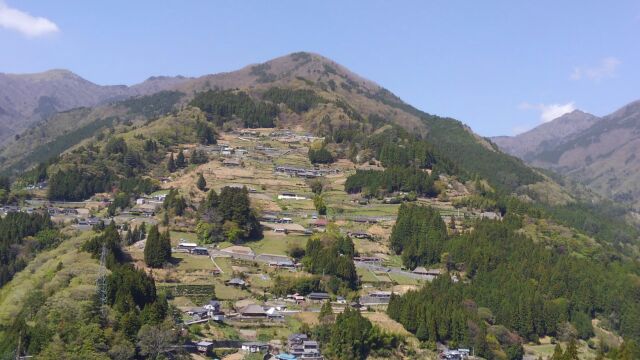 This is the village called "Heike no ochudo," meaning that it is Heike refugee's village. 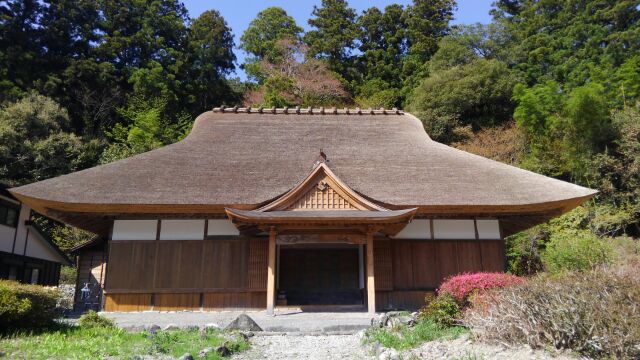 This is the typical house of Heike, Japanese aristocracy. 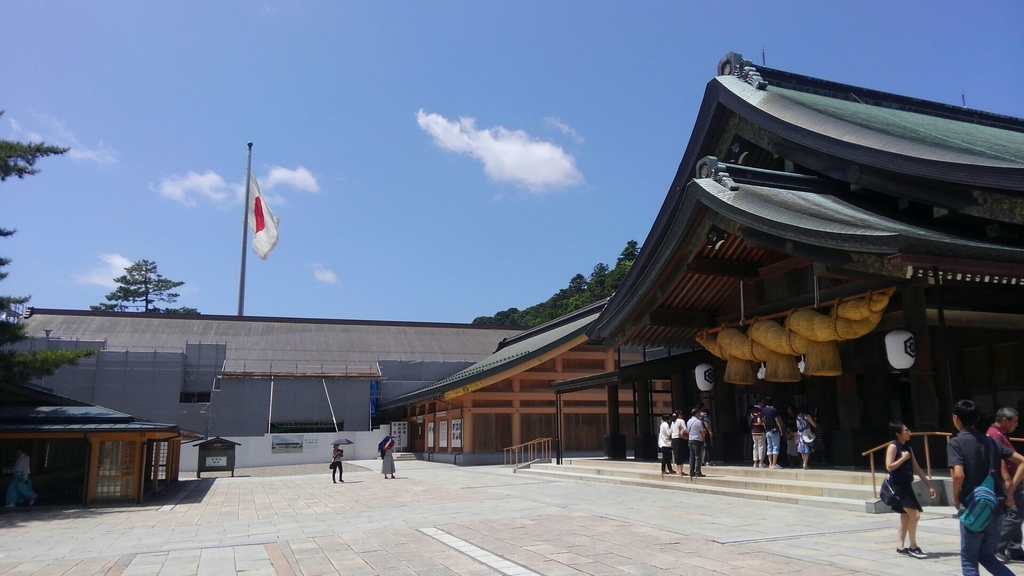 Izumo taisha is the head shrine in Japan.

It is considered to be the oldest shrine in Japan. The enshrined deity is Okuninushi no Okami, known for the creator of the land of Japan.

That is the reason why many Japanese from all over Japan visit pray here. 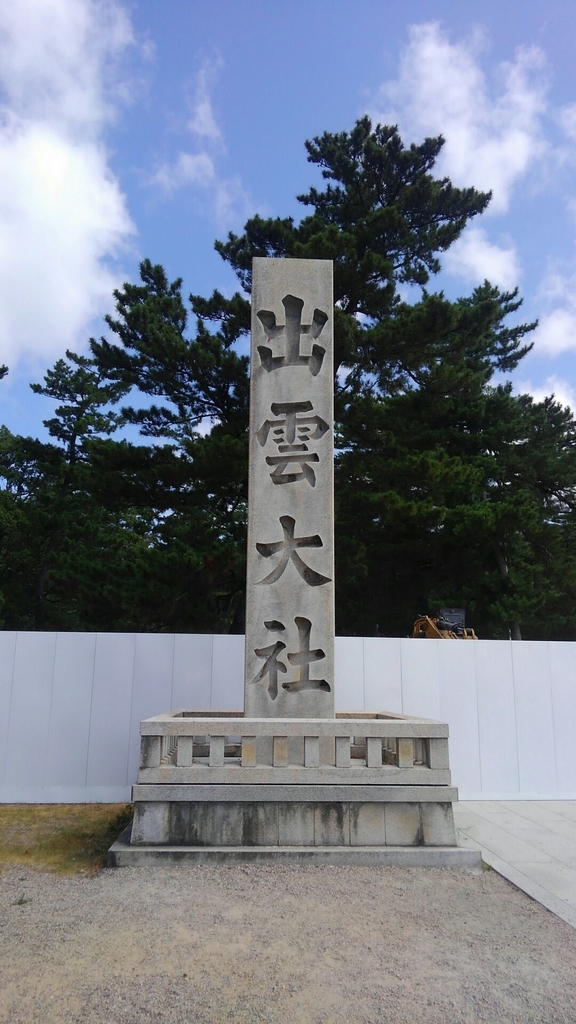 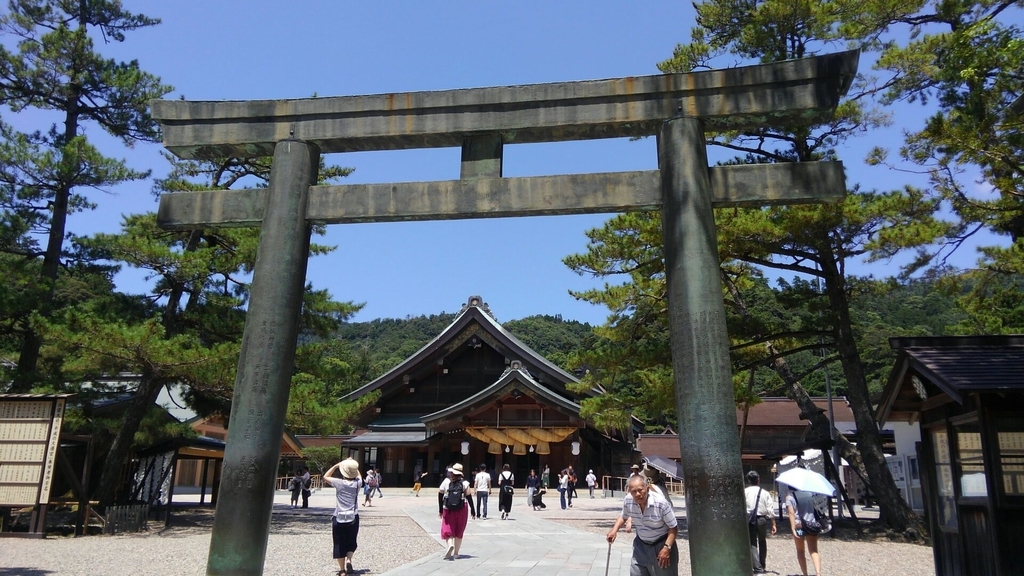 Izumo is located in the city of Izumo in Shimane prefecture.

You can have easy access by the connection of public transportation from the main city of Japan. 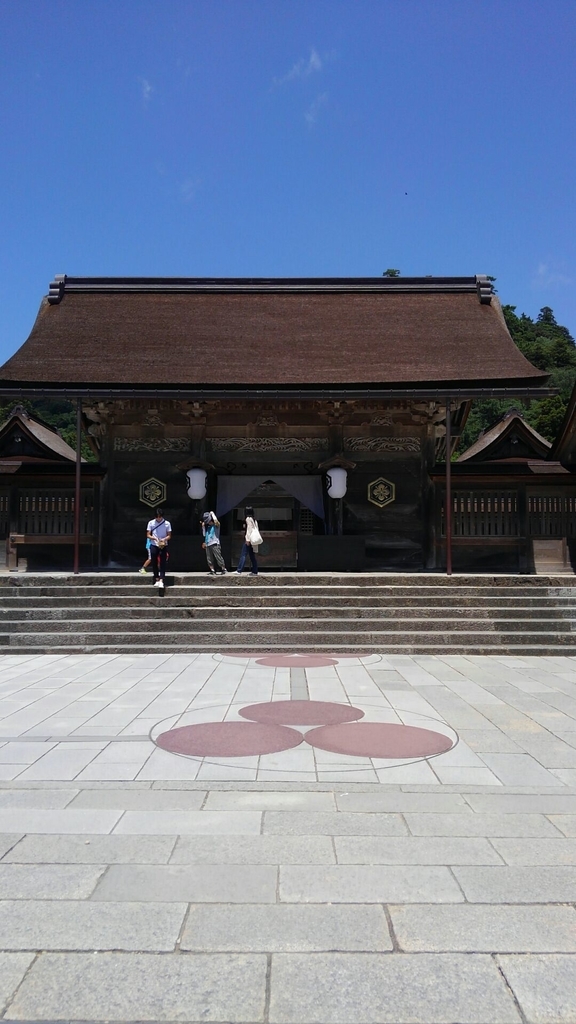 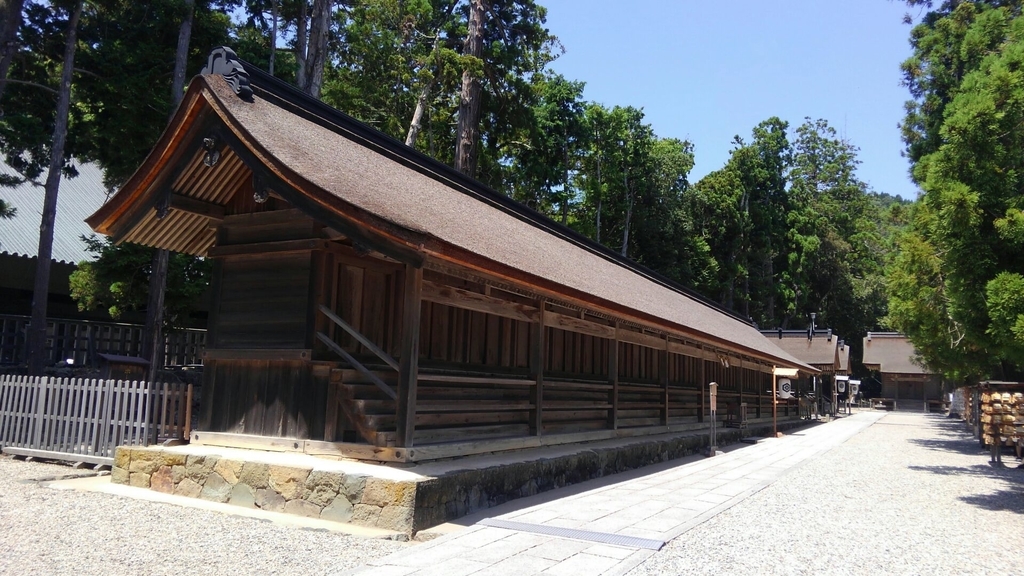 There is the big event once a year in Izumo taisha on 10th Oct in the old calender.

All the gods in Japan are considered to gather at Izumo taisha on the day to argue about matchmaking between men and women. The event lasts for a week.

The long building above is seemed to be the hotel for those gods.

For this reason, Izumo taisha is also seen as the matchmaking shrine. 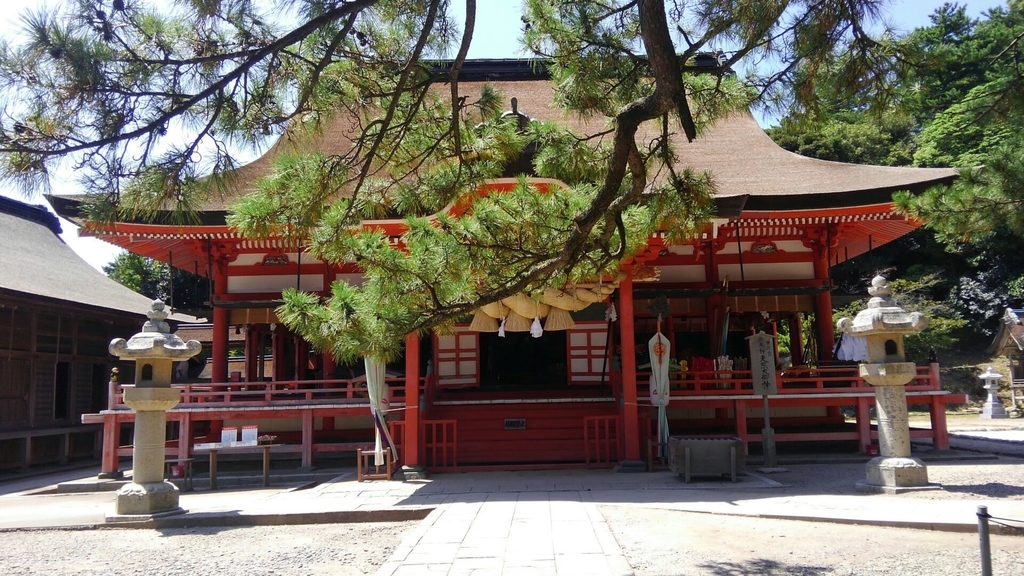 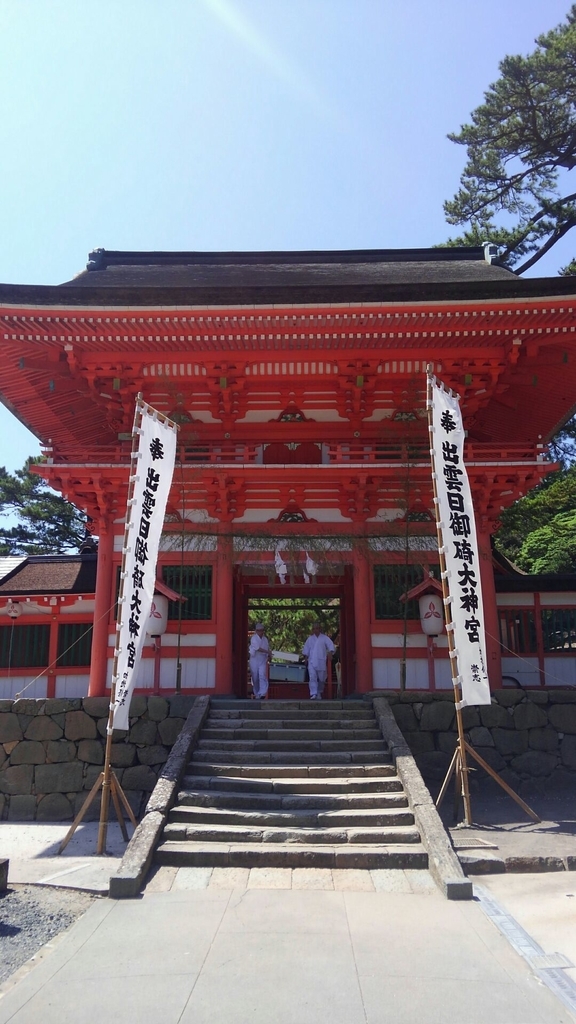 There is also a beautiful shrine 30 min away by car from Izumo taisha, called Hinomisaki shrine.

You only can have access by a private car getting there.

The seashore road getting there is so beautiful. So, if you have enough time and rent a car,  you should visit there. Amanohashidate, located along the seashore of the Tango peninsula facing Japan sea is one of the three most scenic spots in Japan; the other two spots are Matsushima in Sendai and Miyajima in Hiroshima.

The pine tree sand bank is compared to a flying dragon, which is seemed as lucky charm. It was created naturally thousands years ago.

The distance from one end to another is almost 3.6 km. 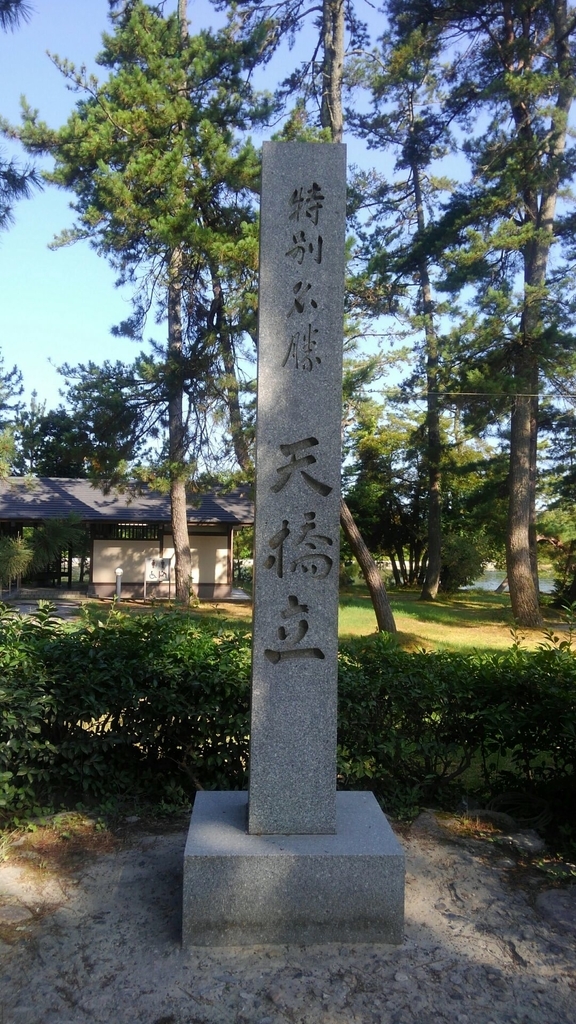 You can start walking the sand bank from either side and there are observatories in each side. 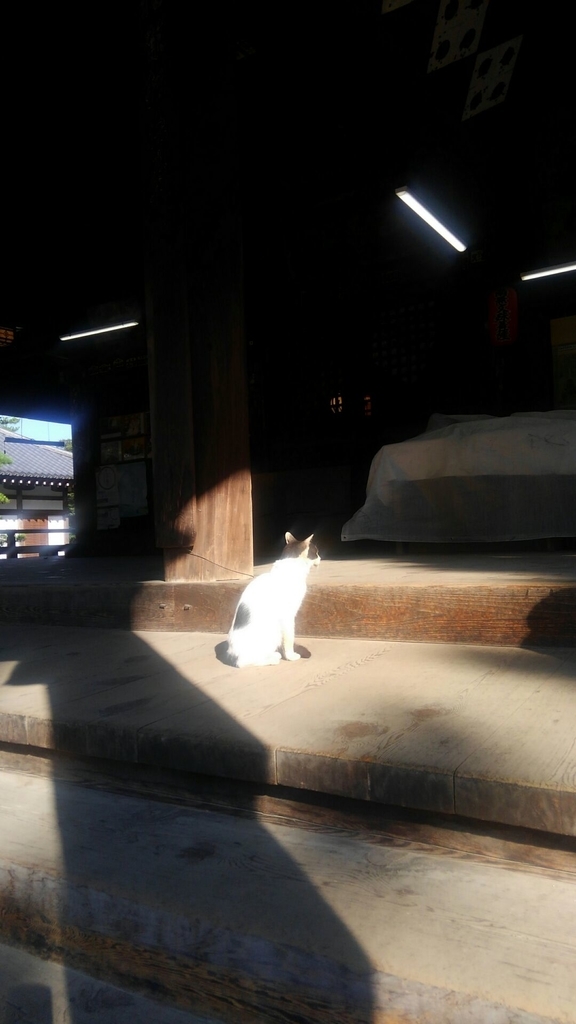 A cat is praying at the shrine in the sand bank. 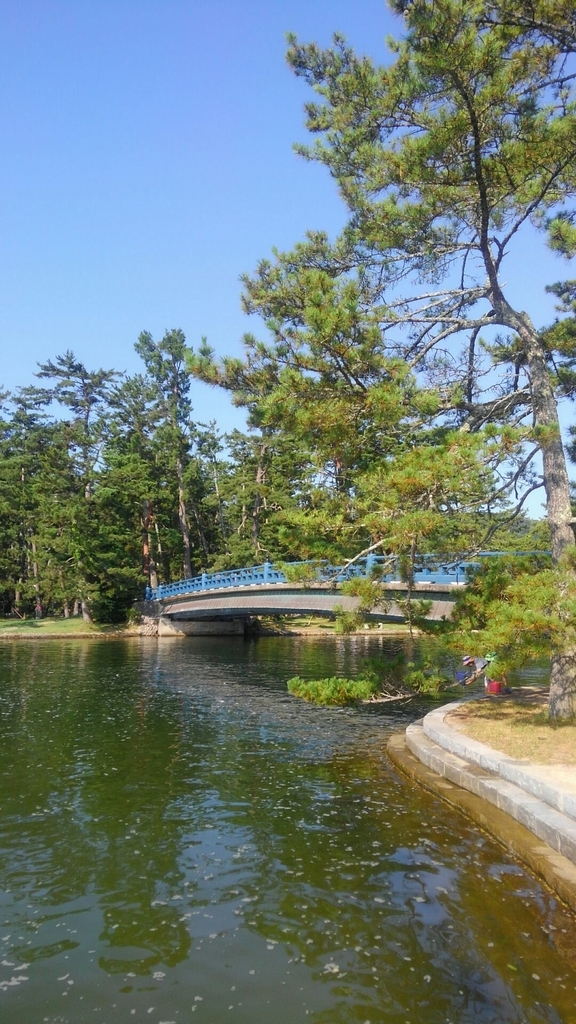 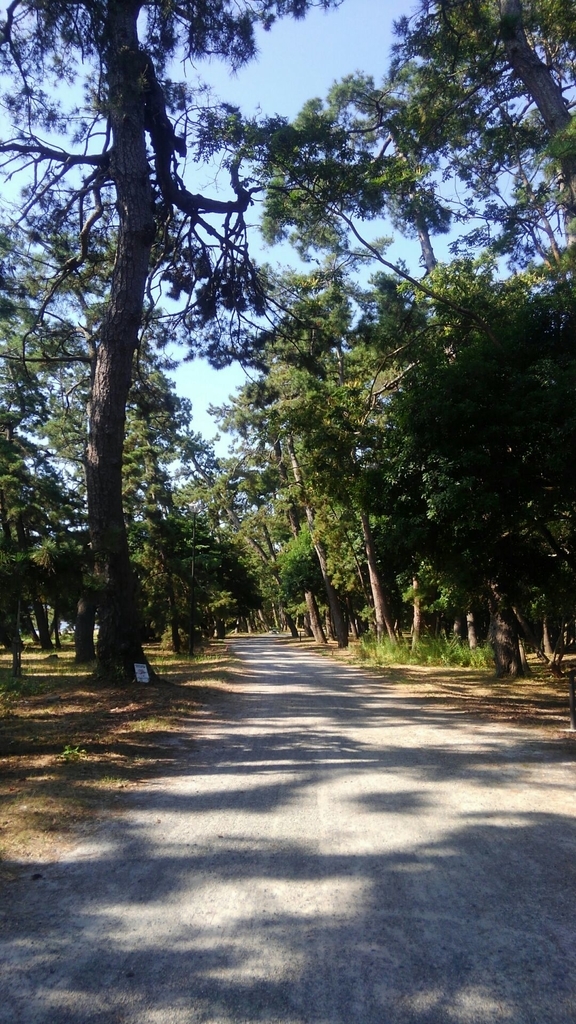 This is a part of Kyoto, different from the one normally people think of.

It is more natural spots rather than traditional and historical, so you can enjoy the other aspect of Kyoto. 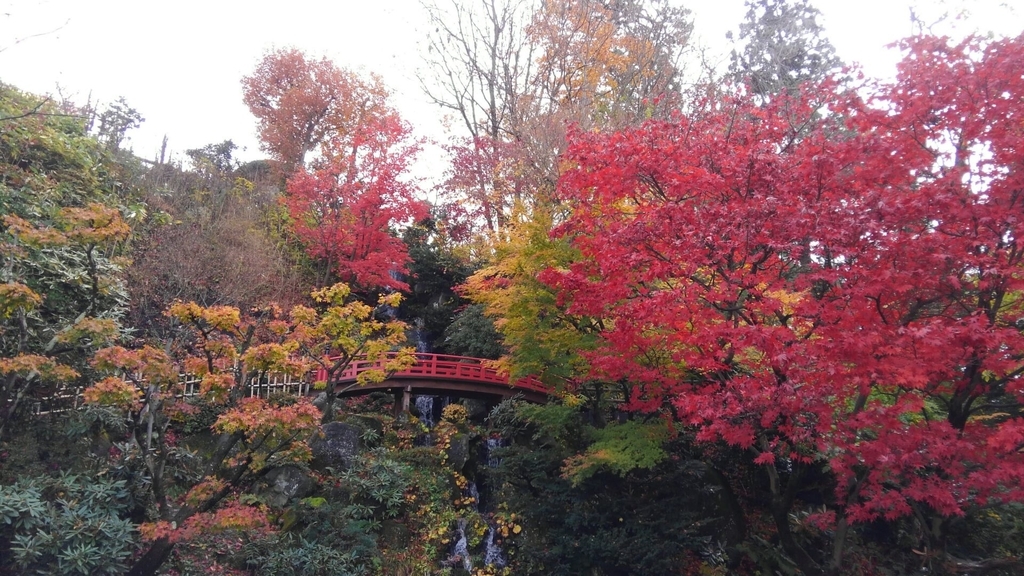 There are a lot of places to visit to see autumn leaves in Tohoku area.

The pictures here are taken in Hirosaki park and Fujita memorial park. 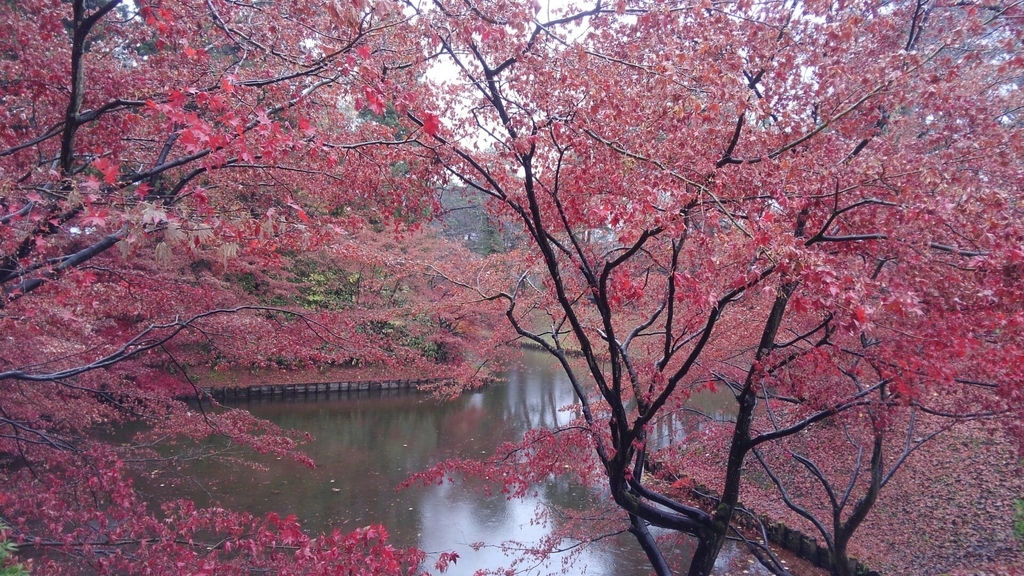 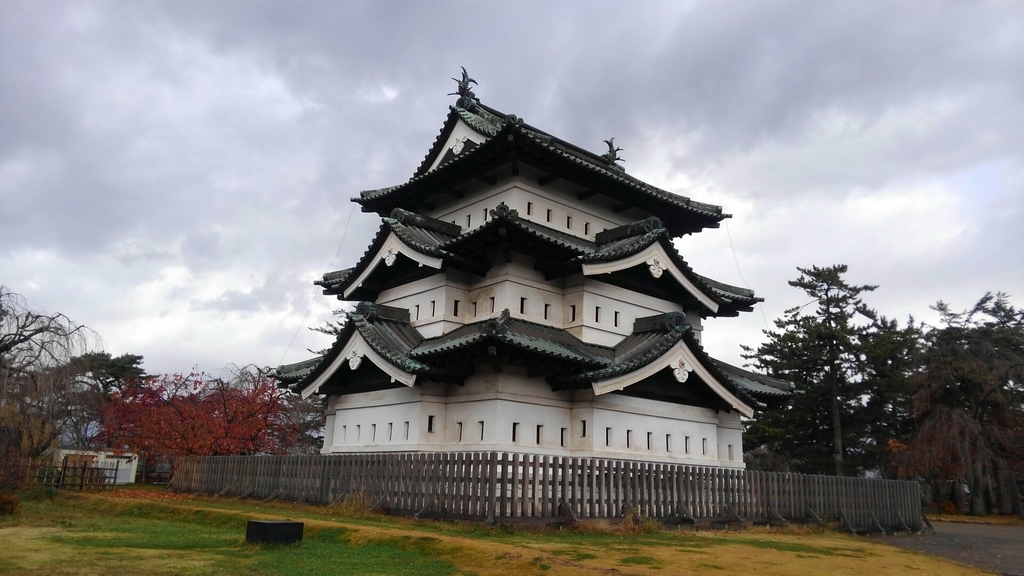 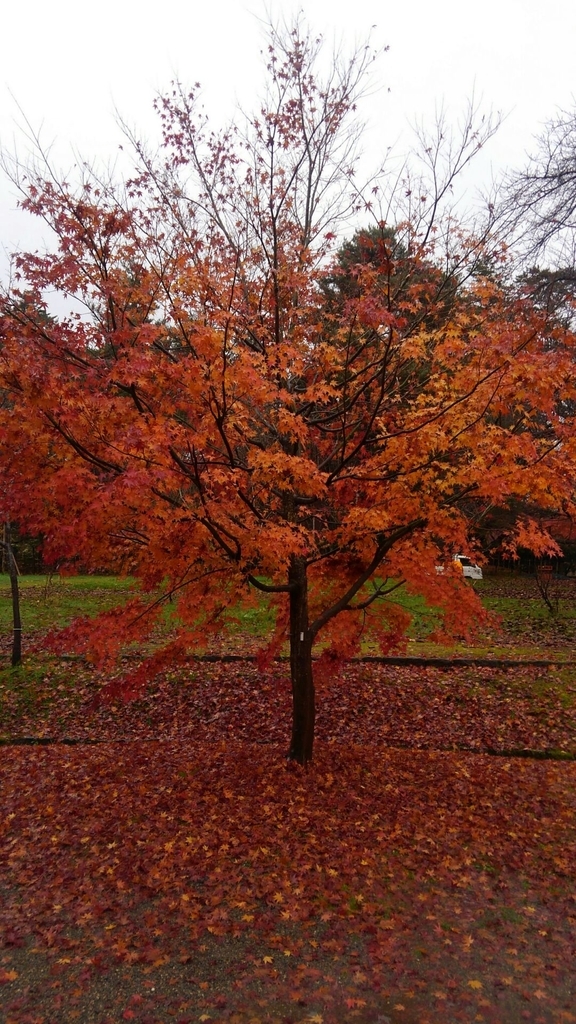 You can see various colorful autmun leaves ranging from orange, yellow to red.

The fallen leaves welcome you as beautiful carpet. 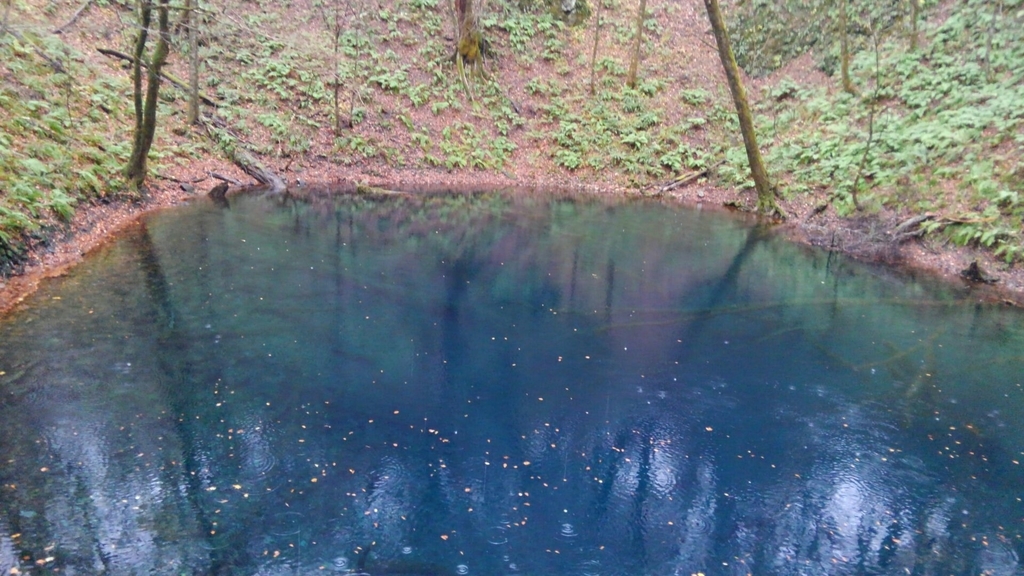 Aoike (blue pond) is also one of the most famous places to visit on the world heritage in Aomori. You can enjoy here throughout a yera no mattaer when it is, but it is awesome in a sunny day because the pond is so clearly taransparent. 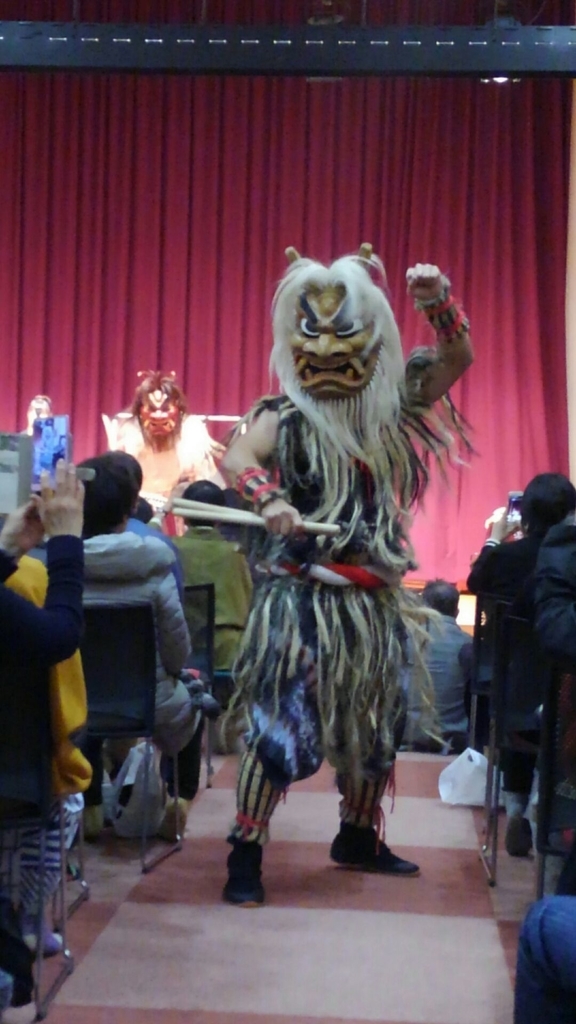 The man wearing a mask is called "Namahage."

Namahage is Akita's traditional messangers of God, protecting the local each family by threatening on 31th Dec.